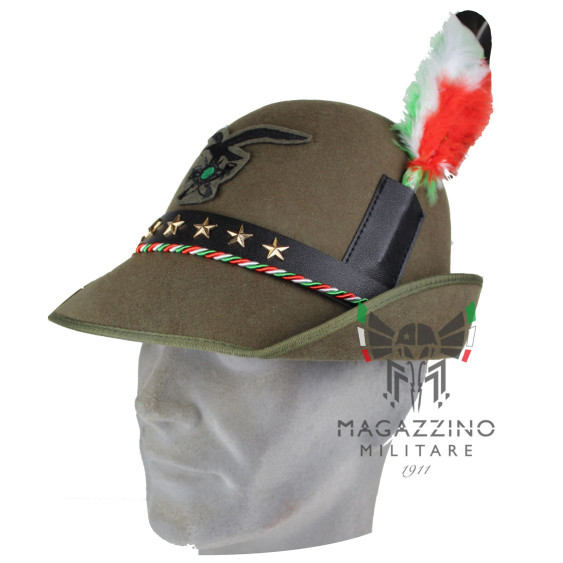 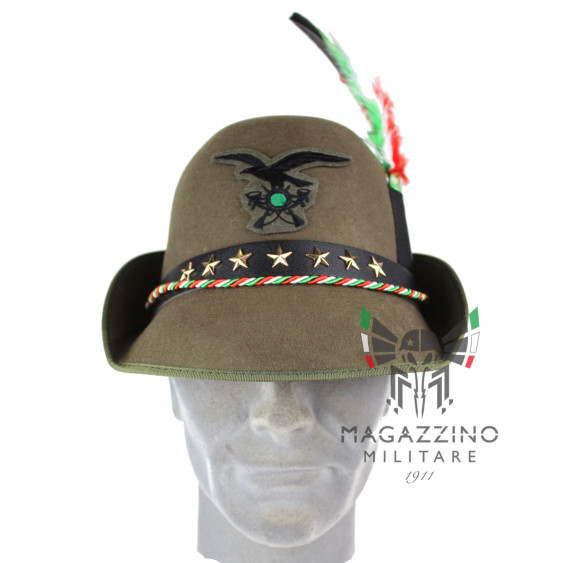 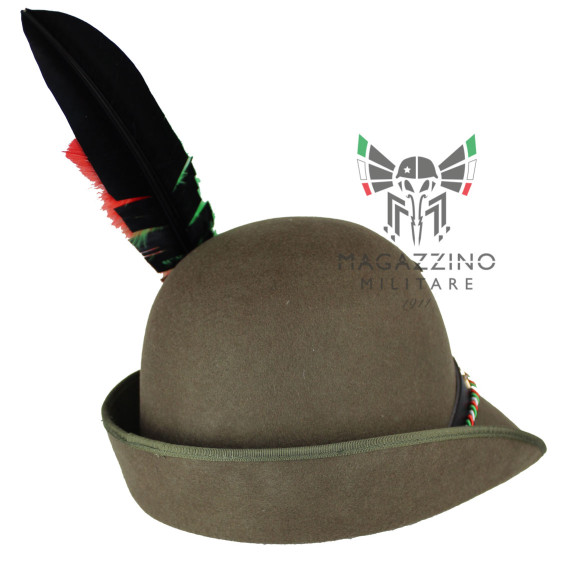 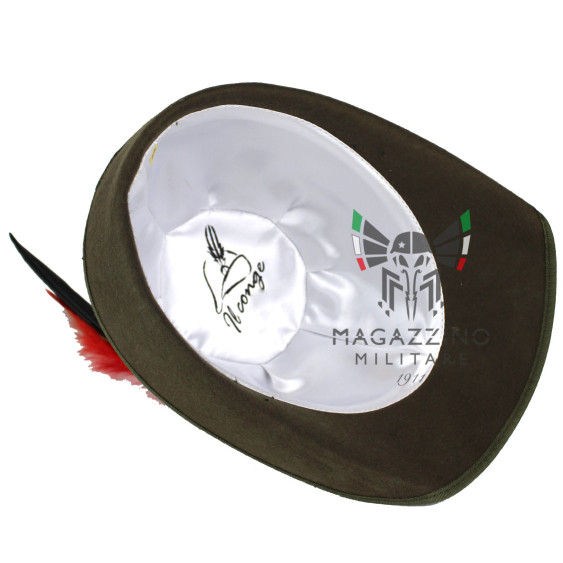 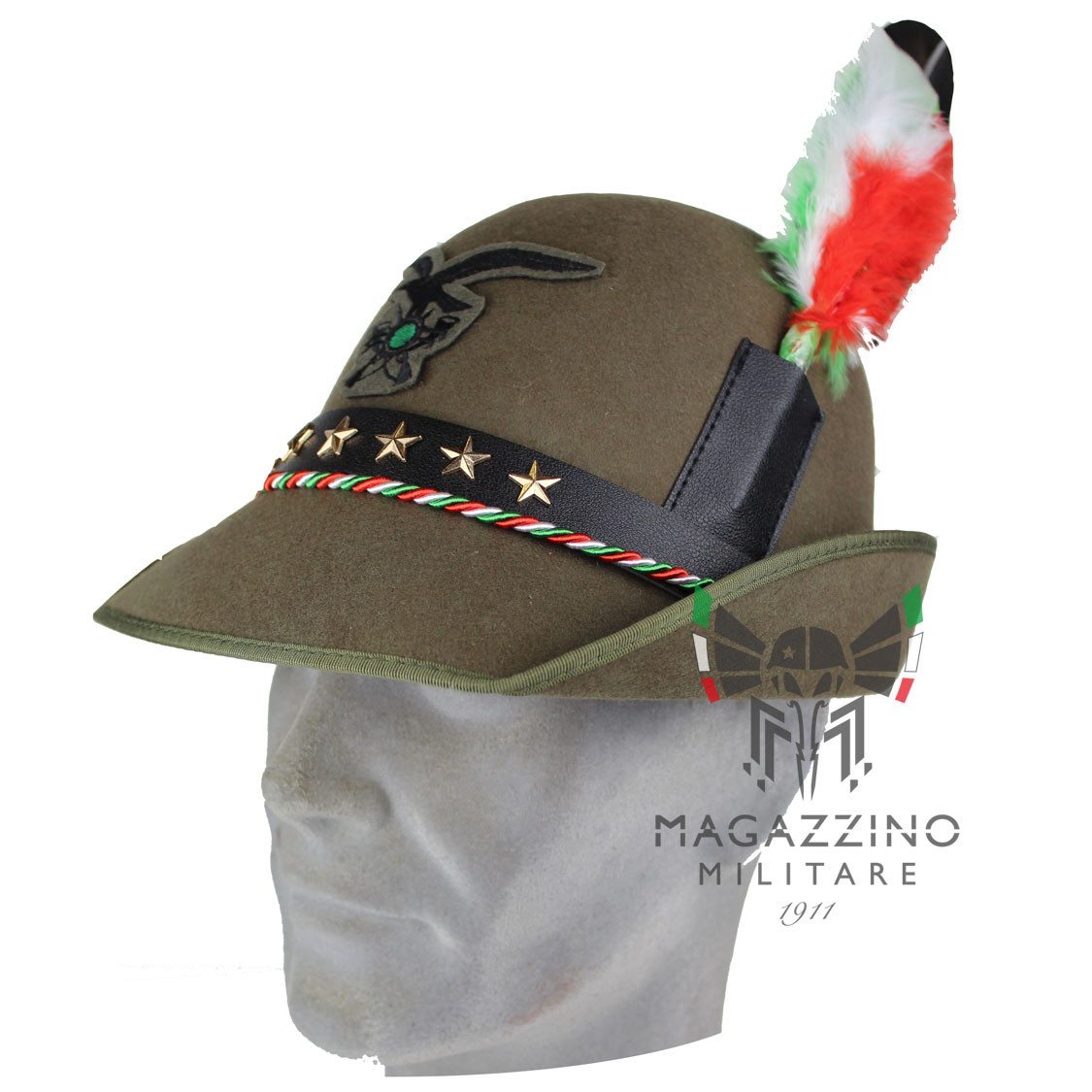 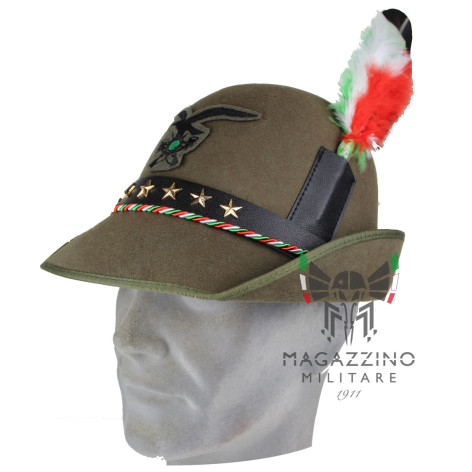 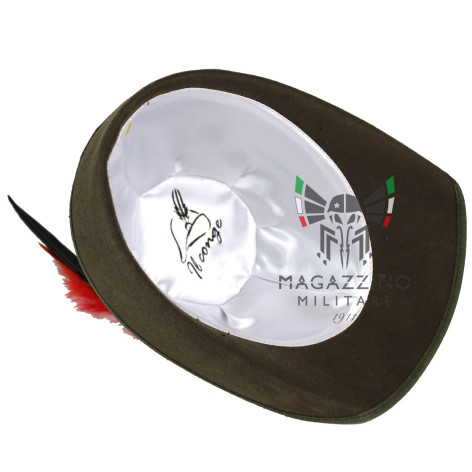 Symbol par excellence of one of the most famous corps of the Army, timeless and unique of its kind.

Comes complete with frieze, tricolor feather, black pen and all accessories, as shown in the pictures.

The anteignano of today's hat melted on March 5, 1873. It was in black felt, instead of the tassel

it had a tricolor cockade and the frieze was in the shape of a five-pointed star.

In the following years the hat varied several times until, after a period of experimentation in 1909,

first among the officers and then among the troops, a new model in gray-green was served,

In 1949, with Italy's entry into NATO and the need to standardize uniforms, it was decided to take a khaki cap,

without pen and with specialty frieze, called Norwegian, and to show off the alpine hat only during parades

and ceremonies in full uniform. But the resistance of the Alpine troops, starting with the officers, in defense of the beloved hat

with the pen he was so tenacious that the commands forced to downgrade the cap to use in other duties.