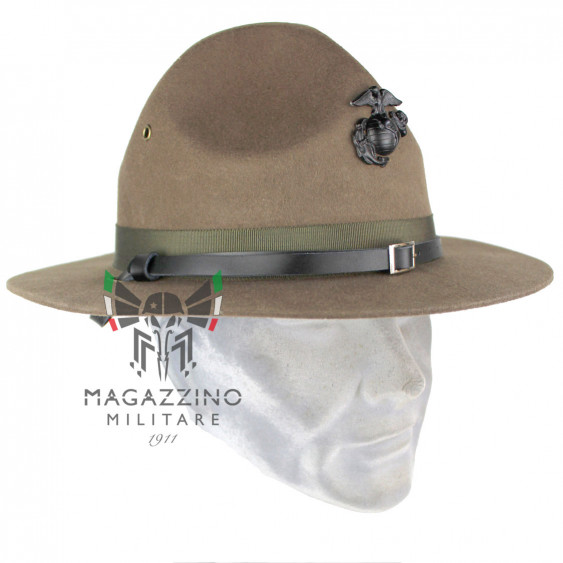 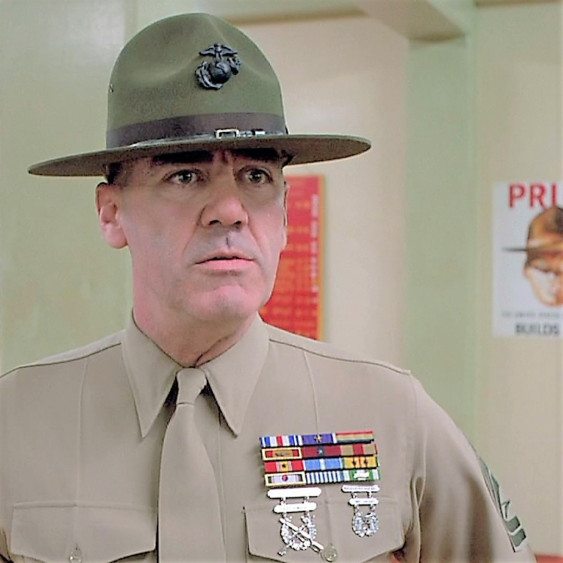 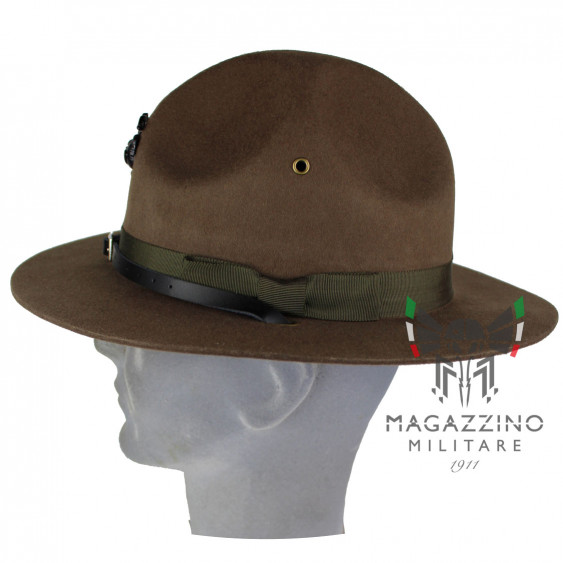 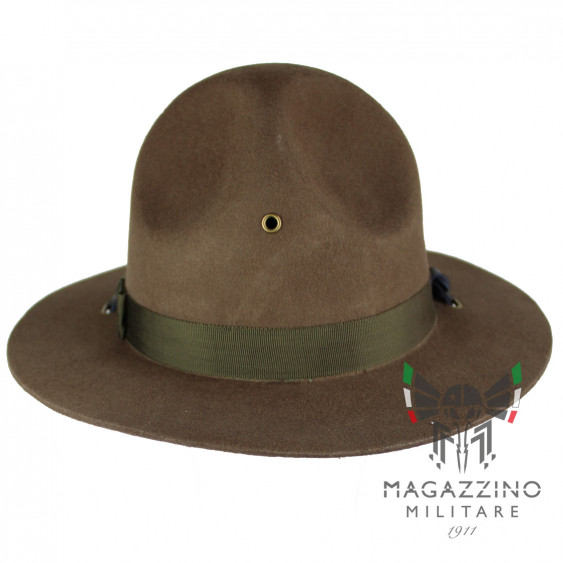 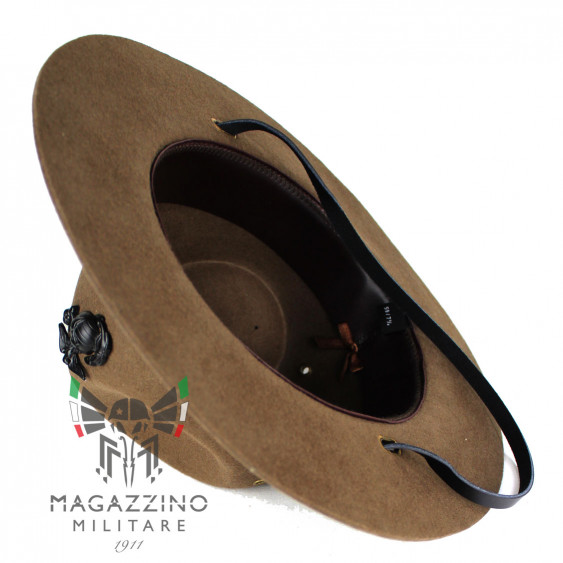 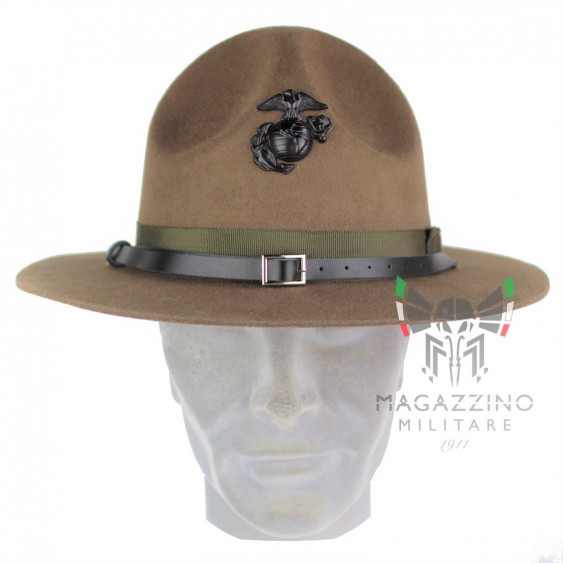 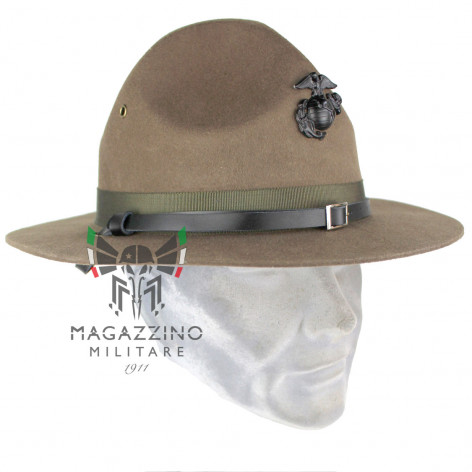 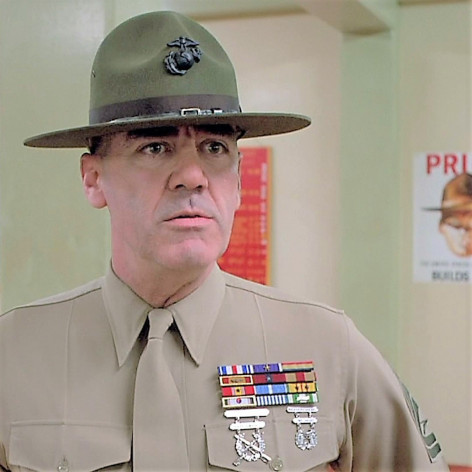 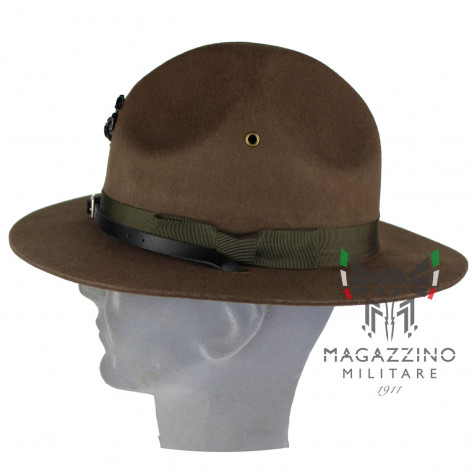 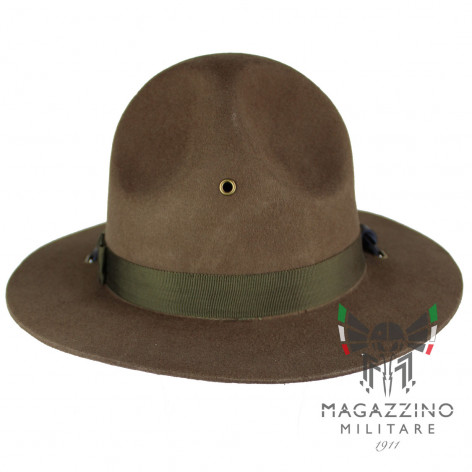 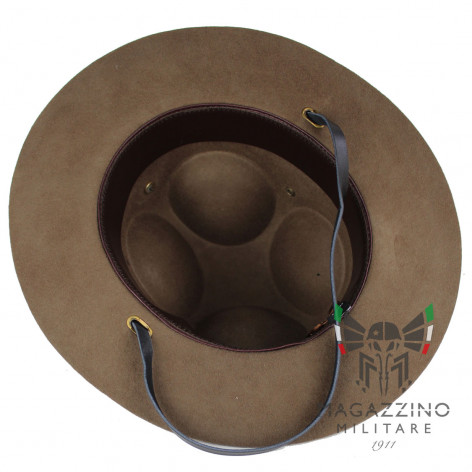 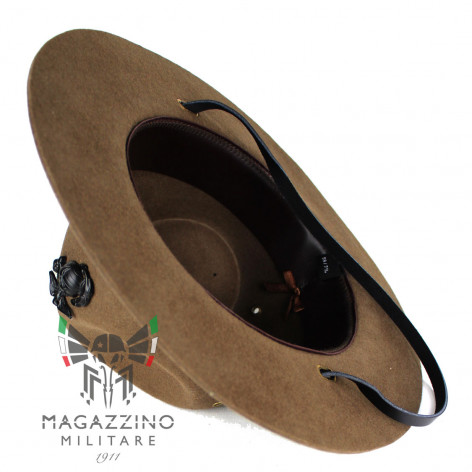 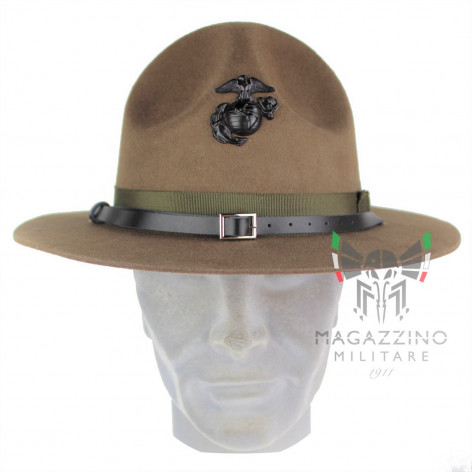 Originally called a Campaign Hat, the hat worn by Drill Instructors and other select personnel in the United States Marine Corps traces its origins back to the broad-brimmed hats favored by U.S. Army soldiers posted to the Western frontier in the mid-1800s. But it wasn’t until after the Army authorized the M1911 Montana-peaked hat that its wear became widespread, first during the Mexican Expedition of 1916 – 1917 and then during World War I. It was also worn by Marines during the so-called “Banana Wars” that began in the early 1900s and led to actions in Panama, Nicaragua, Honduras, Haiti, and the Dominican Republic.

In 1956, United States Marine Corps Commandant Randolph Pate issued a directive that Campaign Hats be issued to all Drill Instructors, replacing the utility covers of garrison caps that had previously been worn with the uniform of the day. The idea was actually the brainchild of W.G. Ferrigno, the Field Sergeant Major of Recruit Training Command at Parris Island. South Carolina, who felt they conveyed the appropriate level of responsibility and authority that resided with Drill Instructors.

Today, the Campaign Hat is worn only with the duty uniform of a small number authorized Marines, and even they may not wear it while on leave or liberty or while in formation with troops (except as necessary for Drill Instructors). The vast majority of Marines authorized to wear the hat (upon the approval of commanding generals) serve in roles at recruit depots/recruit rifle ranges; among these are assigned Drill Instructors, Sergeants Major of Recruit Training Regiments, Recruit Company First Sergeants, Primary Marksmanship Instructors (conducting recruit marksmanship training), Chief Marksmanship Instructors, Range Officers, and Line NCOs and Coaches. Drill Instructors at the Naval Aviation Officer Candidate School are also authorized to wear the hat, as are Range Officers at the USMC Combat Development Command at Quantico and members of the USMC Rifle and Pistol Teams (Regular and Reserves) that are funded by Headquarters Marine Corps.

Our Marine Corps Drill Instructor Hats come complete with a subdued USMC branch of service insignia. Campaign Hats, sometimes referred to as "Smokeys" because similar hats are worn by Highway Patrols across the nation, may be retained upon detachment from the qualifying duty or unit. 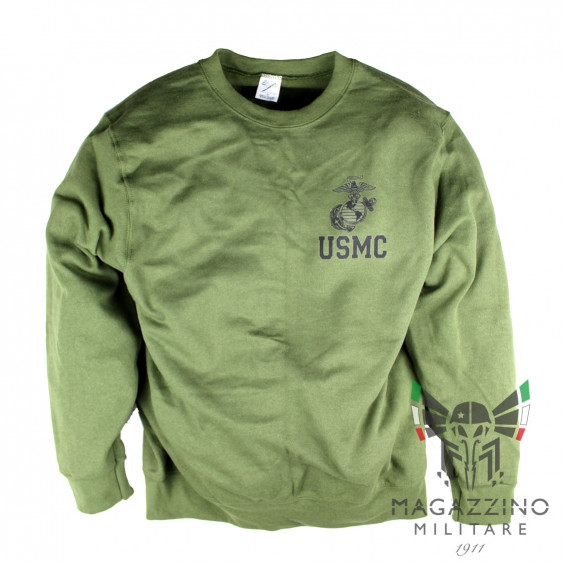 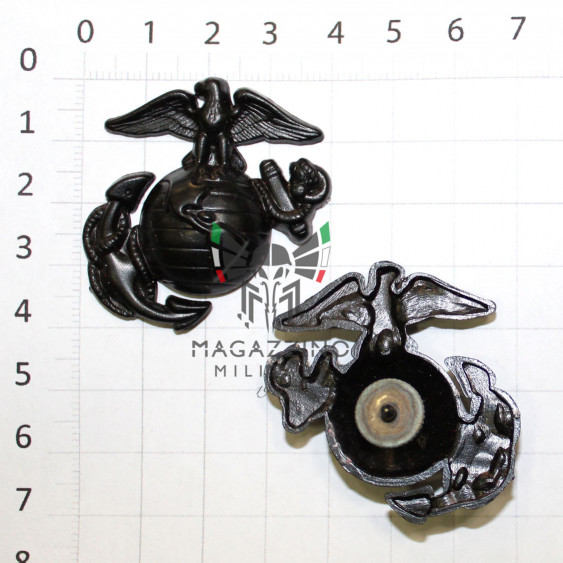